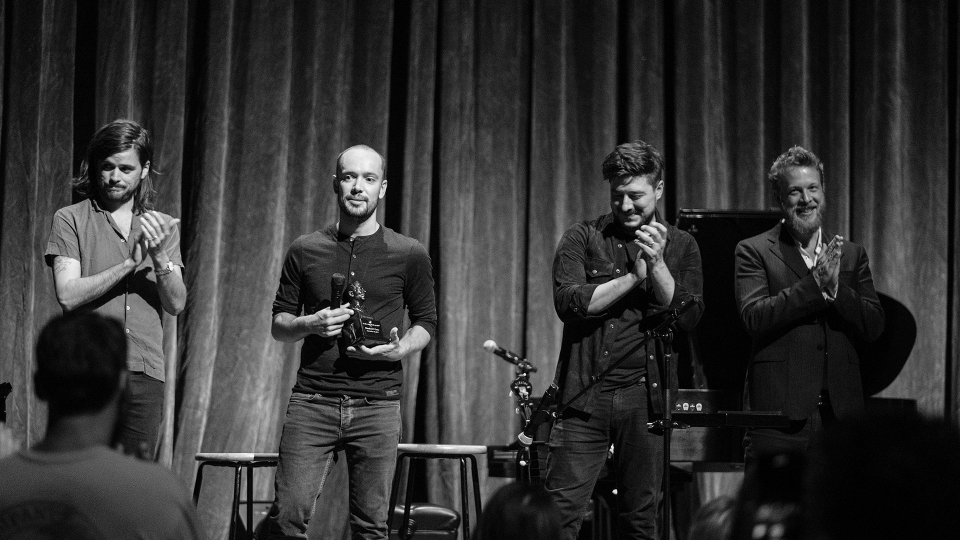 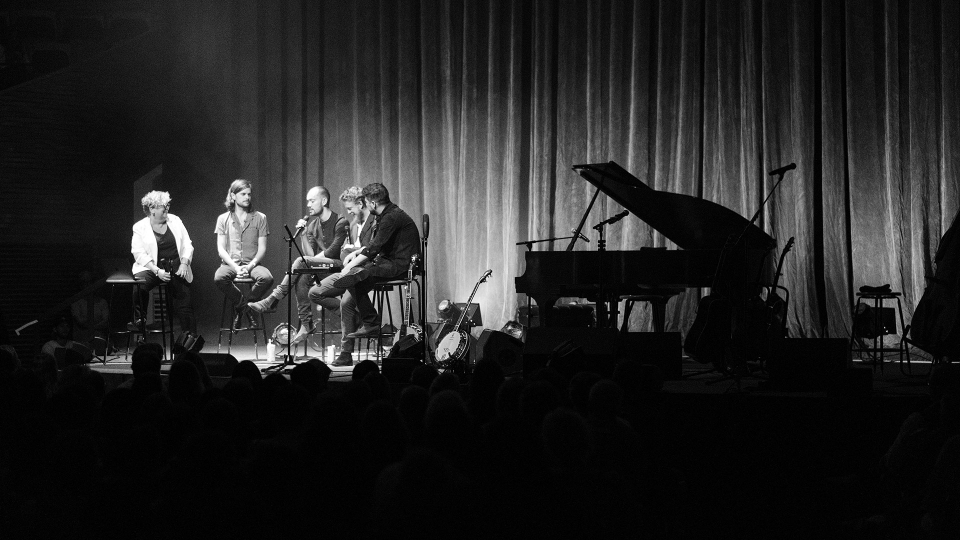 On September 18, 2019, Mumford & Sons became the first collective recipient of the Steinbeck Award. An evening of music and conversation was hosted at Bing Concert Hall, on the campus of Stanford University.

Marcus wrote an address in which he discusses how Steinbeck’s work has resonated with him personally, and influenced the work of Mumford & Sons. Marcus’ full speech is available on Literary Hub here.

The John Steinbeck Award is presented annually by San José State University to writers, artists, thinkers, and activists whose work captures Steinbeck’s empathy and commitment to democratic values. The first Steinbeck Award was awarded to Bruce Springsteen in 1996.

This Fellowship will allow students at Stanford & San José State the opportunity to positively impact the lives of lower/middle class Americans in the regions where Steinbeck was most inspired in his life, through the abilities of great students at two impressive Universities on the West Coast. The program will shine a light on the importance of creative expression and learning outside the standard classroom, which are very important elements of the mission and vision of Gentlemen of the Road, and the GOTR Fund.

We are honoured by the Steinbeck Award and the naming of the Fellowship, and we look forward to seeing the positive impact that these programs will have in the United States. We will be in touch with Stanford and its students to track its progress along the way and hope to keep our community engaged and updated on everything that this wonderful Fellowship will be achieving. 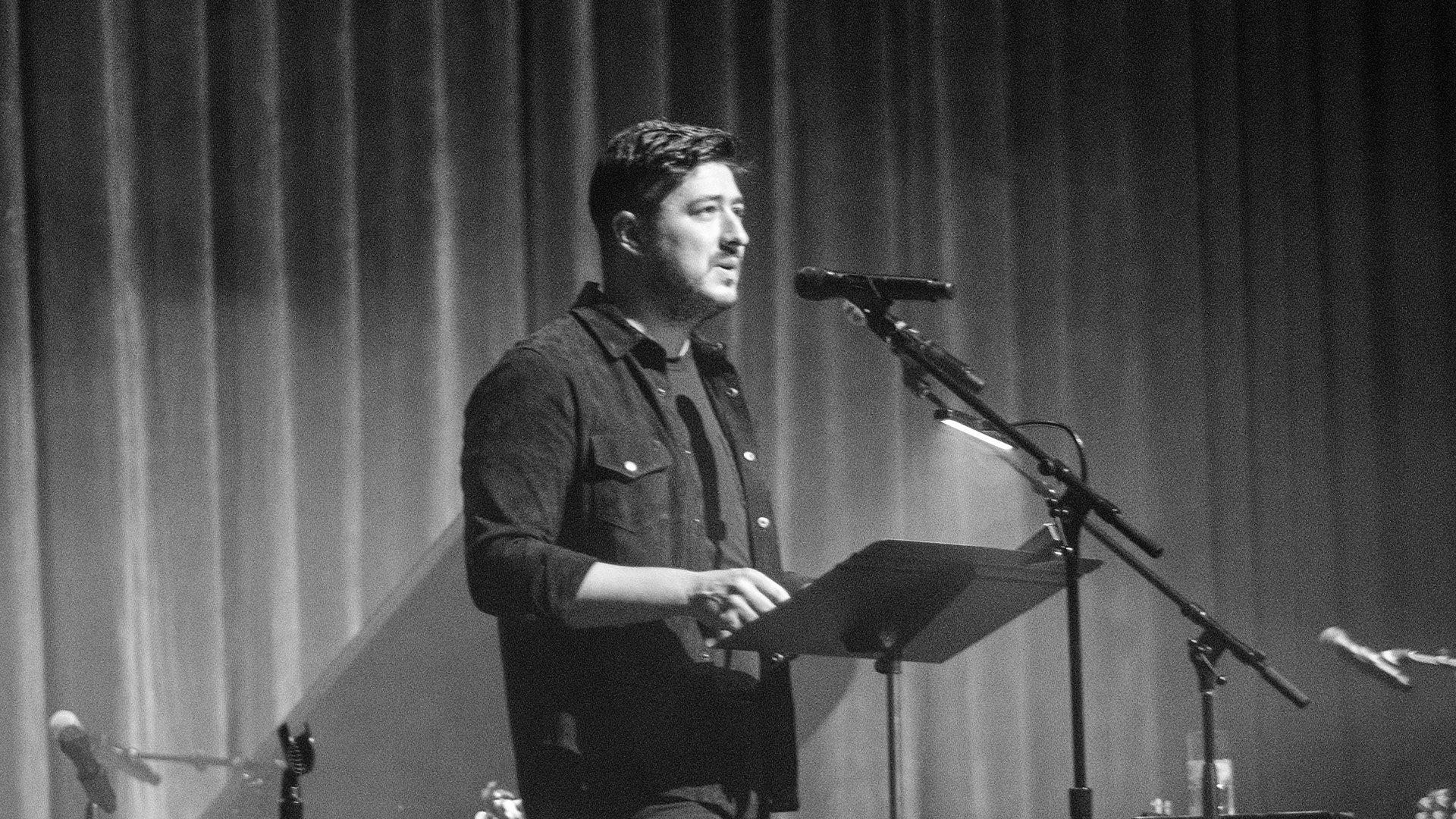 Mumford & Sons & the Deering® Banjo Company are continuing in their philanthropic partnership on the Delta Tour and are auctioning off one of a kind artisan Goodtime Banjos that have been crafted to represent each location the band will be playing in around the world. Each are personally signed by members of the band, and will benefit local charities handpicked by the band and tour crew. To bid in the auctions please visit deeringbanjos.com. 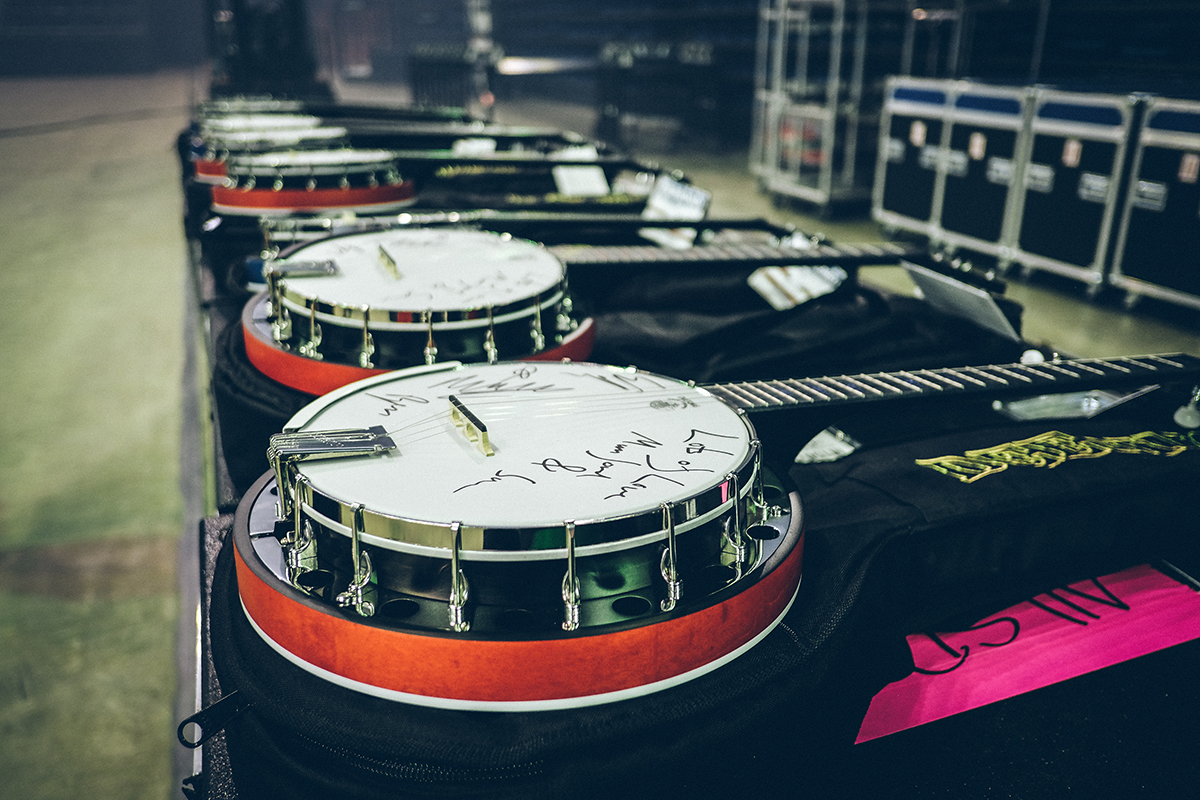 As Part of our All Points East GOTR Takeover, we had the pleasure of partnership with Switchback, which is an organisation in East London that takes a completely different, intensive rehabilitation programme approach to help young adult offenders – known as our Trainees – make real, long-lasting change after their release from prison. 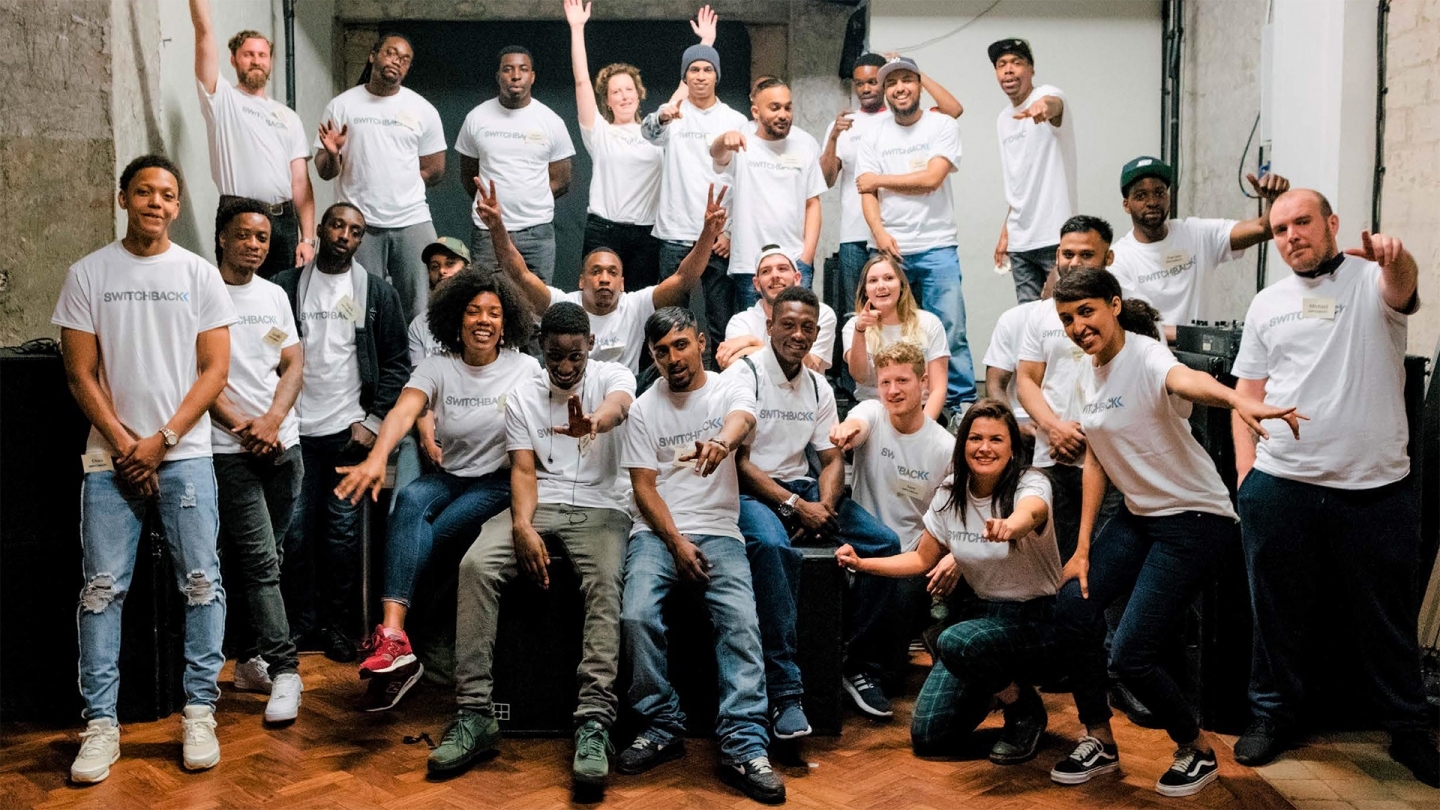 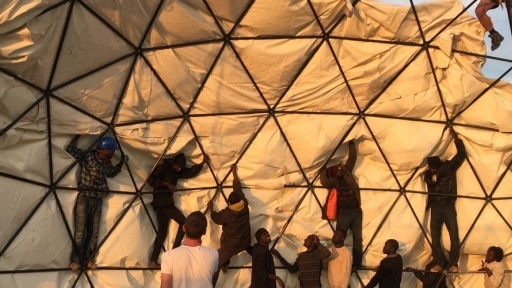 We are pleased to be supporting the Good Chance Theatre across two of their programs - Good Chance Socials & the Stage Door Programme. Good Chance Socials is a programme for refugees and asylum seekers making new lives in London. During regular intervals, groups come together in a friendly space, to participate in cultural activities, and share meals. Stage Door Programme is a new paid apprenticeship programme for young refugees. Three-month placements per year for young refugees (18-25) where participants learn new skills, access training opportunities and do a long term creative project. 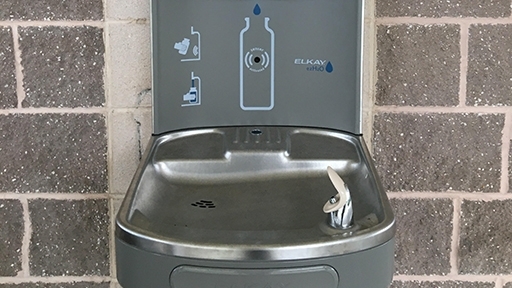 Gentlemen of the Road were pleased to donate three water bottle filling stations on campus at Creekside Middle School, so that students and staff have access to safe drinking water. The stations have significantly reduced the use of plastic bottles on campus.​ 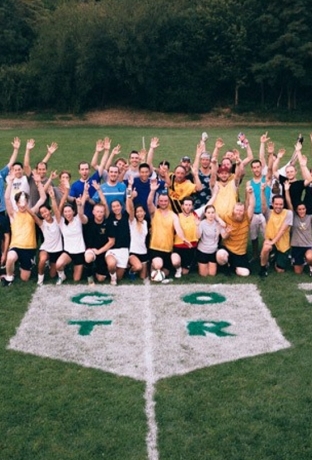 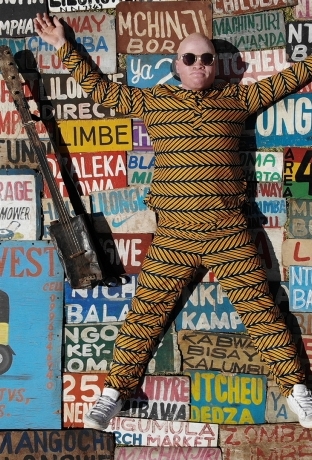